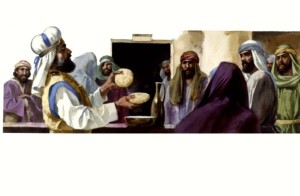 At Pentecost, a priest presented two loaves of leavened bread, representing the thanks of all Israelites. It also commemorated the giving of the Law at Mount Sinai.

There were three annual feasts at which Mosaic Law required every male to be present – Passover, the Feast of Weeks, and the Feast of Tabernacles.    The Feast of Weeks was also known as the firstfruits of wheat Harvest, the Feat of Ingathering (Exodus 34:22-23, Numbers 28:26-31), and Pentecost.  Pentecost also commemorated the giving of the Law at Mount Sinai.  The day of Pentecost was the fiftieth day after Passover.  The name comes from a Greek adjective meaning “fiftieth.”  In this instance, counting up from Passover fifty days, the day fell on Sunday.  Jesus was crucified on Friday.  Appropriately, both His resurrection and the Holy Spirit immersion for the Apostles both occurred on Sunday.

The first four verses describe one of the most momentous occasions in the entire Bible.  The description of the sound and of the visual display – “rested on each one of them” – is of an awesome event, but what happened was much more magnificent than just this spectacular sensory description.  Some commentators ascribe what took place in these verses to have happened to about 120 people.  But in doing so, one has to take the context of  verse 1 (“they were all together in one place”) all the way back to the 15th verse of chapter one.  But the actual context of verse 1 is more properly associated with the verses just prior to it, particularly verse 26 – the last verse of chapter one (“And they” – the apostles – “cast lots for them, and the lot fell on Matthias, and he was numbered with the eleven apostles.”)  It is helpful to remember that the chapter divisions are not inspired, but made later by ordinary men (and sometimes in unfortunate  placement of location in the text). 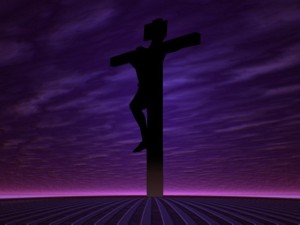 This Holy Spirit baptism was for the twelve apostles, and it was expected and foretold for them alone by Jesus in several verses (Luke 24:49, John 14:26, and Acts 1:4-5, to name a few).  The power (to which Jesus referred) that it gave to them was the ability to recall all that He had taught them and finally understand the whole true meaning of His words.  It was the power to understand the full meaning of His death and resurrection, and to know with certainty the whole truth about the will of God and what is expected of us. It provided the very basis of the authority for the teaching of the Apostles from that point forward.  From this moment forward, that authority is evident in even the way they speak, for they speak for the Lord.

The significance of the Apostles speaking in other tongues on this occasion was two-fold.  First, Luke tells us in verses 5 and 9-11 that there were people from a list of nations that named most of the Roman world of the first century.  The “sound like a mighty rushing wind” and that of the twelve Apostles speaking in other languages quickly attracted a “multitude” of people, a great many of whom were amazed, as each heard them speaking in his own language.  Getting the attention of such a large number of people was undoubtedly one of the goals.  But just as importantly, what they witnessed proved that “the mighty works of God” (verse 11) being spoken of were voiced by authority not coming from ordinary men. 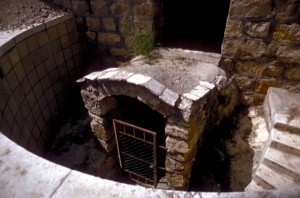 Peter begins his sermon by telling them that what they were witnesses to was prophesied by Joel (Joel 2:28-32).  Then he begins telling them about Jesus, how David prophesied of his death and his resurrection without his flesh seeing corruption.  He quotes David from Psalm 110 and Psalm 16:8-11.  Then in verse 36, he tells them that they crucified the Messiah – the one that God had made “Lord and Christ.”  Verse 37 says they were cut to the heart, and wanted to know what they should do.  Verses 38-39 were the most important answer to any question ever asked:

“Repent and be baptized every one of you in the name of Jesus Christ for the forgiveness of your sins, and you will receive the gift of the Holy Spirit. For the promise is for you and for your children and for all who are far off, everyone whom the Lord our God calls to himself.”

The church was begun that very day with “about three thousand souls” being added!