If one has studied apologetics for a considerable length of time, the recent news stories about the camel bones proving the Bible wrong might very well lead one to react by saying “again? seriously?” The whole thing has been answered quite thoroughly many times already. And not so surprising is the glaring fact that only when disputing the Bible would a conclusion based upon a logical fallacy be so widely reported in the media. 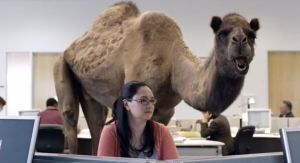 In case you haven’t seen any of the stories, here is a brief summary. The Bible first begins to mention camels as domesticated (in the sense of someone possessing them, rather than simply being in the wild) in Genesis 12:16. Abram and Sarai have come to Egypt, and it is Pharoah that has them, among his other livestock. But we find Abraham himself, Isaac, and Jacob all in possession of the humped animal as well; and the time period is generally accepted as being from 2000 – 1500 BCE.

The source of the dispute is the fact that researchers from Tel Aviv University have studied the bones of camels found at the site of ancient copper mines near the Dead Sea. Through radiocarbon dating, they have determined that the camels were used in those operations around the end of the 10th century BCE. In fairness to these learned researchers, it should be pointed out that (despite what the news stories say) these researchers only wrote one thing in their report that is related to the “patriarchal narrative” (that would be the word of God, folks):

“This together with the depiction of camels in the Patriarchal narrative, has generated extensive discussion regarding the date of the earliest domestic camel in the southern Levant.”

This seal shows a divine couple sitting on the two humps of a Bactrian camel, one of the earliest images of this animal. Above them hovers a winged rosette, which is a protective emblem. A smaller figure holding a bow stands on the head and neck of the camel. A winged female deity, stands off to the side, facing a contest between a man and a beast. The surrounding space is filled with a variety of animals, including a lion, scorpion, bull, and gazelle. 1800-1650 BC (Syria II-III)

That’s it. All of the other titles in articles (some we list below) contain things that these researchers did not say. Okay, so now that we have covered that, what is the big deal? Well, since no bones of camels have been found in Israel at sites known to be older than that date, that has led others to the conclusion that there were no domesticated camels in Israel prior to the 10th century BCE. This would mean that the writers of the Old Testament books had to have just inserted camels into the narrative mistakenly because they didn’t exist there at the time they were writing about.

The headlines of the fore-mentioned news stories range from simply misleading and erroneous to downright irresponsible, outlandish, and even insulting. The Huffington Post’s headline reads “Major Discrepancy in the Bible.” The New York Times article proclaims “Camels Had No Business in Genesis,” and writes: “These anachronisms are telling evidence that the Bible was written or edited long after the events it narrates and is not always reliable as verifiable history.” The “Fashion Times” article headlines the “trending news” “Historical ERROR in Bible’s Old Testament, REVEALED.” We’re still mystified as to what camels and the Bible (error or no error) could possibly have to do with the world of fashion, but we digress.

The logical fallacy here is one known by several names:  “argumentum ad ignorantiam,” “appeal to ignorance” or “absence of eveidence.” One common comment about this is that “absence of evidence is not evidence of absence.” This is certtainly true. But in Todd Bolen’s article at BiblePlaces.com (“The Domestication of the Camel: Observations from Heide”), he quotes the following – more aptly put:

A camel in the Haran area, Turkey, known as Charran in ancient Mesopotamia.

“Proving that something did not exist at some time and place in the past is every archaeologist’s nightmare because proof of its existence may, despite all claims to the contrary, be unearthed at some future date.” (p. 337, Heide, Martin, 2011 “The Domestication of the Camel: Biological, Archaeological and Inscriptional Evidence from Mesopotamia, Egypt, Israel and Arabia, and Literary Evidence from the Hebrew Bible”).

We recently underscored that point when we wrote in this previous post about the fact that skeptics claimed for a very long time that the Hittites were a figment of the Bible writers’ imaginations because no evidence had ever been found of their existence. That is, not until such evidence was found. Then it was discovered that they were a vast empire that dated back to the 14th century BCE.

We could easily be persuaded to believe that the camel was not widely used for domestic purposes by the common people until after the 10th century BCE in Israel, which would be one possible explanation of why a plethora of camel bones from earlier periods has not been found. We should remember that Pharaoh and yes, even Abraham, Isaac, and Jacob had been men of considerable wealth (Genesis 13:2, Genesis 26:12-13, Genesis 30:42-43). Many have suggested that Abraham brought his camels from Egypt, and that is certainly possible. But we should also remember that he had been in Mesopotamia – Haran (Genesis 12:4), and Mesopotamia’s ancient domestication of camels is just as well-documented.

So these wild leaps of unwarranted conclusions give skeptics and scoffers fodder to fan the flames of their frivolous fancies. And we find the unbelievers saying “well of course,  the Bible is not an accurate historical record” (a statement already proven time and again to be so absurd that it hardly deserves comment). And many of those who know that the Bible is the word of God – just wait for the truth. And if perchance convincing physical evidence is found in our lifetimes that categorically dates camel bones in Israel much earlier, you can be sure that the news will be relegated to a small blurb in a very inconspicuous place in most publications.

As for us, we know that Proverbs 30:5 is right: “Every word of God proves true.”

If you want to read the truth about what we know outside of the Bible concerning this subject, we suggest the following articles as examples: